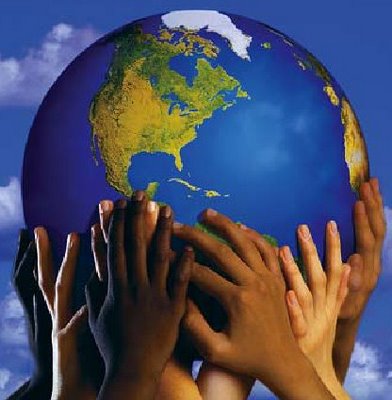 The CNN Belief Blog had a post about the universality of the need for religious belief. While definitely not supportive of the exclusivity of Christianity, it does provide yet more evidence of the intrinsic human propensity for self-consciousness. Religious belief is a universal phenomenon.

“Studies around the world came up with similar findings, including widespread belief in some kind of afterlife and an instinctive tendency to suggest that natural phenomena happen for a purpose.”

“There is quite a drive to think that religion is private,” he said, arguing that such a belief is wrong. “It isn’t just a quirky interest of a few, it’s basic human nature.”

“This shows that it’s much more universal, prevalent, and deep-rooted. It’s got to be reckoned with. You can’t just pretend it isn’t there,” he said.

The Bible explains this universality as an expression of being made in the image of God. We are self-reflective and self-conscious because God is. Additionally, Ecclesiastes asserts that God has put eternity into the hearts of men (Eccles 3:11). Part of what it means to be human is to ask the self-reflective, meta-narratival questions – “Who am I? Where did I come from? Why did such and such happen?”

Coincidentally, I accidentally picked up a book today arguing for the Existential argument for God’s existence by Cliff Williams (Feb 2011, IVP Press). I’ve read the Intro and First Chapter, and I find the promise of the argument intriguing. Here’s a definition of the argument from a presentation he gave in 2006.

The argument for (1): 1. Humans possess certain basic needs.
2. These needs can be satisfied by having Christian faith.
3. Therefore, it is legitimate to have Christian faith.

I’m intrigued by this argument precisely for the reason that the CNN article draws on. There is some universal need/desire/habit (call it what you wish) that religious belief and expression meets. “A God-sized hole…” as Pascal put it. Could the existence of this need and its universality be an argument for the existence of God? There are certainly lots of hurdles to cross – not the least of which is the possibility of an unbalanced emphasis of truth as experiential rather than propositional (Williams addresses this in his book as well). We could be giving up more than we realize in pursuing this argument, but at least for now, I am open to exploring as many ways as possible to communicate the Gospel and its universal potency.

This is why my blog is called, “Echoes of the Myth”. I believe that the Gospel Story, and subsequently our need for it, is woven into the very fabric of our existence, of what it means to be human, what we value, and why we live. I am learning to see that Story everywhere, and as C.S. Lewis said, by that Story to see everything else.

2 thoughts on “Global Echoes of the Myth”